This is probably, like, the most well-known chapter of Innocents? 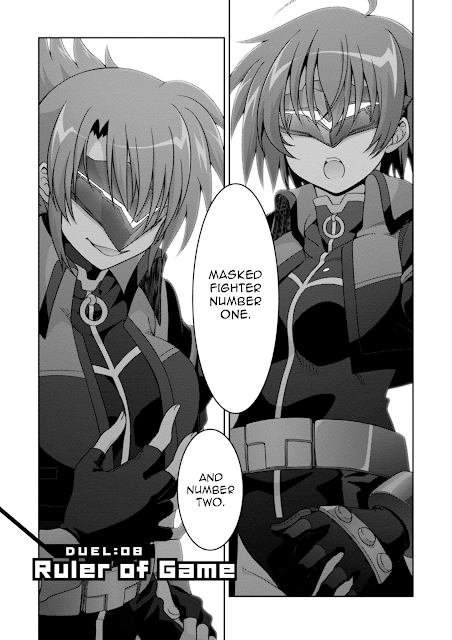 Or the second-most, at least. Behind only *Insert Spoilers Here*.

I actually managed to get this chapter out in a reasonable time frame. Only about one week behind the informal monthly schedule I was sort of going by. (And three behind the biweekly schedule I started with.) So hopefully the next chapter doesn't face delay. I won't say anything about the next one, to avoid jinxing myself, though.

I do feel like I lost a lot of the typsetting lessons I learned during that long break before starting Volume two, so this one might also look a bit off.

Anyways, leave your thoughts on the Chapter below.

EDIT: Oh man I somehow managed to misspell "Tre." Whoops. Need to be more awake when I go over these. Haha.
EDIT: Chapter Fixed and Reuploaded.
Posted by AriteDrop at 10:20 AM

AriteDrop
Hello there, I'm Arite. Grew up speaking English, know a little bit of that Japanese thing. Decided to try my hand at that translation thing. It is very much an amateur effort, so don't expect too much quality.