After a break that was far longer than it really should have been, Innocents volume three starts! 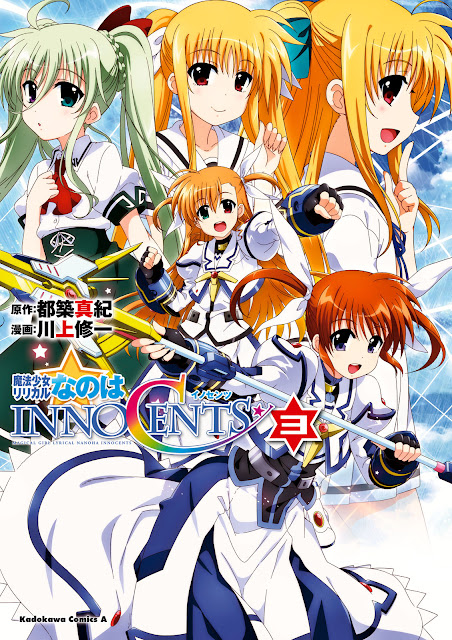 Download Link (Mediafire) | (MEGA)
There's actually a side chapter that goes in between volumes two and three, but it was only in Comp Ace and never collected into a volume. Since I lack the ability to scan the chapter and whatnot, I'll probably have to skip it, unfortunately.

Anyways, at long last, it's time for this mysterious duo we've been hearing about to make their grand appearance. Just who could they be!? What are their goals!?

Just five more left!Leave comments below.
Posted by AriteDrop at 9:00 AM

AriteDrop
Hello there, I'm Arite. Grew up speaking English, know a little bit of that Japanese thing. Decided to try my hand at that translation thing. It is very much an amateur effort, so don't expect too much quality.